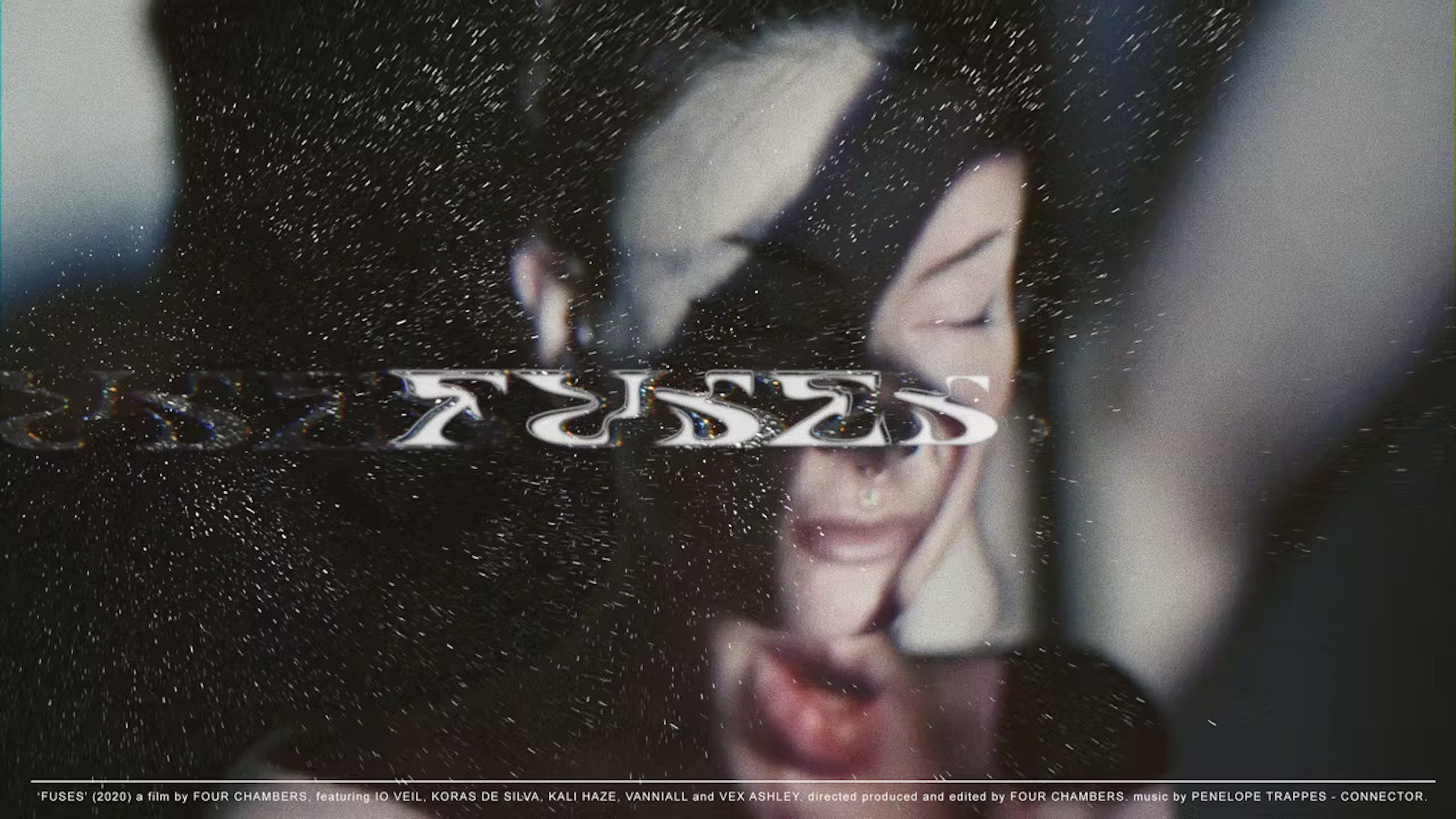 Fuses was the name of a film by the artist Carolee Schneemann completed in 1967, filmed with her lover James Tenney, Fuses explores sex, explicit sex - a tangle of two bodies merging, coupling and uncoupling - one and two simultaneously.

This bares the same name as a reference to talk about the ways in which sex 'fuses' bodies, entering, penetrating, consuming, holding, manipulating physical forms to remove any space left between us, pushing through spacial boundaries to experience an intense and vulnerable closeness and combination.

And the word 'fuse' also references electricity, electrical currents and overload. Whereas in 1967 Carolee Schneemann shot her Fuses on analog 16mm celluloid we make films, fuck and communicate using digital, electronic devices, currents flowing across continents onto screens - now more than ever in the wake of the pandemic.

We wanted to make a film in lockdown isolation that honoured the potential future collaborations missed and explored new ways to fuse and fuck across distances. The images of performers featured in this film are people we'd wanted to work with on Four Chambers future projects in 2020. Vanniall, Koras, Kali and Io’s bodies projected over and merging with mine, the light from them captured through lenses into binary, transmitted across distances into shimmering pixels on screens thrown in beams of light onto and into another body.