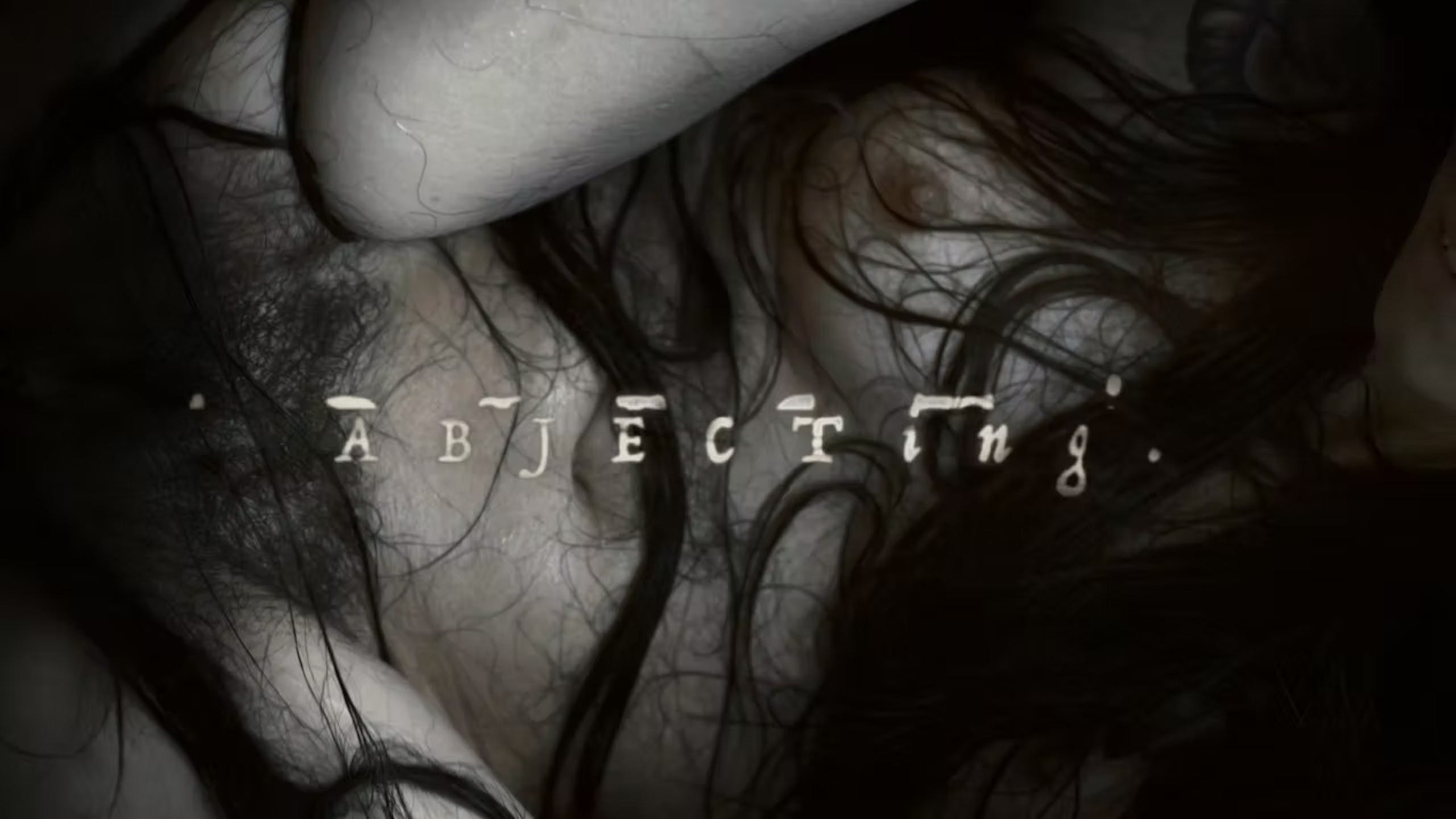 
Sex is sometimes at its most powerful when it exists at the intersection between desire and disgust. The sensation of disgust or doing something considered gross is compelling and although they might seem like opposites ends of a spectrum but I think they're really two halves of a circle that join.

Hair has a similar duality. It's simultaneously an object of desire and signifier of ultimate feminine beauty when it's long, flowing, neat and attached to the head. But when removed from that context it becomes immediately disgusting; pulling a long hair from your food, collected in a wad in the plug hole or pulled in clumps from a brush.

Julia Kristeva, in her 1980 book 'The Powers of Horror' supposes that this shift in the perception of hair from object of desire and beauty to disgust is because the 'casting off' of hair confronts us with our finite mortality, our failing bodies, illness and eventual death.

Abjection is a complicated, multifaceted concept that this person is going to do a much better job of beginning to explain than me. It explores how we define ourselves as living and where that border is. Things that are abject exist on that border; hair, menstrual blood, shit, fur skins and ultimately, corpses. Demarcating what is alive and what is not.

These abject things repulse us because they remind us of our mortality and essential baseness but we're also drawn to them. Like slowing down to watch a car crash. Not necessarily drawn in with desire, but what Kristeva calls jouissance - a kind of sick joy. We feel repulsion for things that are extreme, messy, gross but yet we can't look away. I'm thinking those youtube videos of people popping 5 year old blackheads that everyone seems to be obsessed with, not for me.

For Kristeva, the reality of the female body is inherently abject. Barbara Creed expands on this in her ideas about the monstrous feminine. Menstrual blood, shit, piss have to be sterilised to achieve sublime femininity. This is obvious in classical art nudes which have always stripped women's body of any hint of messy corporeality, blemishes, hair, genitals, excrements all disguised to transform the base, abject body into the sublime - into art or culture.